My Sect is So Upbeat我的宗门实在太争气了

What kind of experience would it be to have a sect that can automatically become stronger? Ning Yuan traveled through another world and became the last leader of the Tianji Pavilion. Just as Ning Yuan was about to give up and ran away with the bucket, Zongmen was anxious. “Your mountain gate feels that the headmaster dislikes it very much and feels very guilty, and takes the initiative to practice the “Invincible Realm” of the guarding enchantment!” “Your fairy soldier tower sees that there is no magic weapon available for the master, and you are determined to build ten superb treasures for the master to use at will!” “Your Zangjing Pavilion is unwilling to be left behind, and actively offers the’Six Dao Treasures’, the’Golden Dragon Controlling Qi Technique’, and the’Heavenly Treasure Gas’ totem!” “Your alchemy building is worried that the teacher will be overworked, so he is very concerned and sent ten Dali Jindan pills!” “Your secret list found that the sect had no prestige at all, so you immediately made your debut and set up the list of Tianjiao, Treasures, Immortal Medicine, Great Emperor, and Demon… to raise the prestige of the Tianji Pavilion, shock the Bahuang!” … Many years later, a supreme palace appeared in the Wuhuang world, which held the secret of heaven, suppressed the eternal, and was admired by thousands of people. Ning Yuan said that at first he just wanted to run away, but he didn’t expect that Zongmen would be too proud! Ongoing422 chI Am Immortal In The Cultivation World 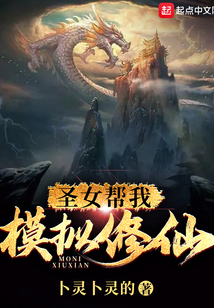