Mrs. Huo is a Crybaby霍夫人是个小哭包

(Special pet Shuangjie + violent little crying bag heroine) The Song family in Fengcheng has a pair of sisters, and the former is fortunate and beautiful. The latter is so beautiful, he is a mourner who likes to cry all day long. Song Yaoya woke up to find that she had penetrated into the novel with the same name and surname as her. Unfortunately, she was a female partner. The hostess is kind-hearted and her parents love her. I heard that she wants her own fiance? Song Yaoyao said: Take it, take it, take it all! You say you have both good luck and good looks and good looks? Song Yaoyao smiled, so you are afraid that you have never heard of the koi carp, are you full of skills? Later, when the female protagonist was proud of her many pursuers, Song Yaoyao was already a guest of big names from all over the world. When the female protagonist became a popular fan in the entertainment industry, Song Yaoyao unknowingly became a well-known director… Song Yaoyao was helpless about this: I was really just playing around! I never thought that the original male lead also came to join in the fun, and confessed affectionately: “You are pretty, suddenly looking back, it turns out I love you most!” Song Yaoyao: “My husband, listen to me! I really have no idea about him!” 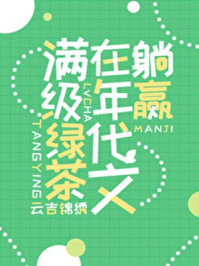 Completed561 ch5.0 ★She Became a Heartbreaker After Entering the Novel