[Sweet Pet Shuangwen 1V1 Double Clean] Gu Nian Nian, an experimental subject with special abilities, has become the second Miss Gu, replacing the cannon fodder of the same name who died accidentally. Mr. Lu, who is feared by everyone in the upper circle of the capital, is a sick child. It is said that he will not live to be twenty years old, but he has survived to twenty-five years old. After only seeing two sides, he was entangled. “Sir, it’s nice to see you again!” The girl smiled sweetly and harmlessly, but turned around and slapped the fault-finder to fly. When I look at him again, my eyes are full of tears: “Mister, my hand hurts~ I need to blow to get better~~” The man’s face was cold and solemn… and blew. She acted like a baby: “Sir, I’ll treat you, can you give me a hug?” “Yes.” As long as you are by my side, my life will be given to you! * Later, the entire upper circle in the capital knew that Mr. Lu had become a beloved wife and a crazy demon. In his eyes, his baby was a poor little boy who was loved by no one and had no power to bind a chicken. The people who suffered from it dared to be angry but did not dare to say: Mr. Lu, do you have a misunderstanding about the little poor boy? 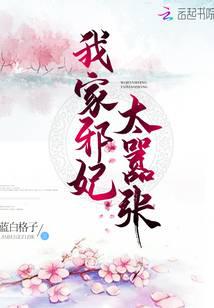