Zhou Dao travels to the world where monsters are rampant, and Taoism leads to the gods The sect was defeated and faced forcible demolition, and Zhou Dao’s sinful hand finally reached out to the coffin board of the patriarch! “Damn, even the old man’s skull is not spared, and the sunset mountain is hopeful!” This night, the grandfather cheated the corpse, and as long as he sacrificed the monster, he could get the reward. Sacrifice the “Millennium Zombie” and get the [Refining Demon Immortal Body]! Sacrifice the “Nine-Tailed Demon Fox” and get the [Fox Girl Puppet]! Sacrifice “East Sea Turtle Essence” and get [Big Muscle Gun]! … Huang Ting has been reciting the scrolls for three thousand years, just collect the corpses or bury them! Years later, it is still the same Taoist temple! Zhou Dao sat in front of the door, watching all beings laughing, watching all beings cry, birth, old age, sickness and death, strange and strange, he grinned: “Sacrificing this world!” Completed512 chSign in for a Millennium, How Do I Hide My Ancestors 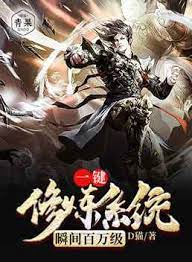 Completed1344 chBring a Hunting Space With You