After the Marriage Cancellation, She Becomes a True Ancestor退婚后她成了真祖宗

[Signed comic adaptation~] Su Ye, the trash daughter of the Su family, went crazy after being retired by the president of the Bo Group! On the first day, she touched her father’s head: “My nephew, I am optimistic about a project. You will bid for it tomorrow.” The next day, she used a shovel to plan the tomb of Su Jiazu, and muttered, “I remember it was buried here?” On the third day, she patted the shoulder of the president of a certain cleanliness: “Xiao Bo, the marriage is still unsuccessful. I will give you a discount on this medicine. You can give me 6 million.” * Su Ye, the first female heroine in the business world who died unfavorably 40 years ago, was born into a grand niece of the same name by chance. then…… The estate notary office, a huge estate that had been put on hold for 40 years was claimed. A mysterious man was discovered in the museum and donated for free the sky-high antiques that disappeared 40 years ago. Mysterious elder sister became popular on the Internet, k.o bet on the stone, reborn Hua Tuo, the first sister with goods, the master of taekwondo… Thousands of people suspected of transforming into a group pet, and the threshold of the Su family was smashed by the seventy or eighty-year-old “bamboo horse” bigwigs from all walks of life. A former fiance was jealous: “Boom out, don’t affect my fiancee’s college entrance examination.” Zhenxiang may be late, but will never be absent. Before retiring, Bo Yunli never looked at her directly. After retiring Bo Yunli, his painting style changed suddenly: “Which project do you like? I will bid for it and give it to you.” “This is the golden shovel and the key to Bo’s graveyard. Which one you like to dig.” “Yeye’s prescription is priceless, 6 million is too little, how about changing the seat of the young lady of the Bo Group?” [1v1 Double Clean + Su Shuang Grilled Vest] 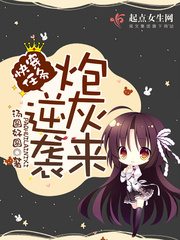