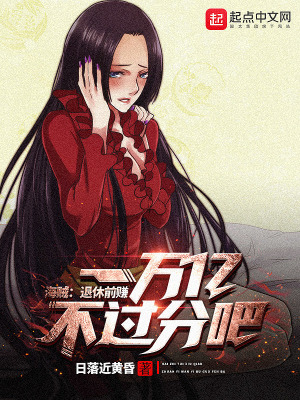 Pirate: Earning one trillion yuan before retirement is not too much!海贼：退休前赚一万亿不过分吧！

In the era of pirate riots, who is the real overlord of the sea? The four emperors standing at the top of the pirates? The mighty Qiwuhai? A revolutionary army that emerges from the strong? Or the navy that suppresses the sea? No, not at all, there is only one real overlord of this sea. "That's me, Fire Dragon Kahn!" Kahn's life creed is: "As long as you pay, this old man can perform a hand-splitting dragon man!" Kahn, formerly known as Xu En, has traveled through pirates for fifty years, and has become a vice admiral from a small soldier with his own efforts. Kahn, who is already seventy-two years old, is getting old and is no longer in peak condition. He spends his days leisurely in the East China Sea. He has even submitted his application for retirement, and he is ready to die until his own life ends. Congratulations to the host for reaching the system opening conditions, and the super money system is loaded! The sound of the system interrupted his plan. Kahn: "Can you buy life?" System: "Yes, a portion of the water of life can restore the host to its peak state." Kahn: "Is it possible to live forever?" System: "Yes, a portion of Eternal Water can completely free the host from the restriction of life." "Are there any devil fruits?" "have!" Kahn was instantly overjoyed. "Hancock, wait for me, I'm just old, not dead!" But then Kahn was taken aback. "How much are these two things?" "The water of life is 20 billion Berries, and the water of eternity is 500 billion Berries." Kahn:? ? ? Then, looking at the oil and water that I had worked hard for several years, the feeling of satisfaction disappeared instantly. In the end, he decided on a goal, first earning 10,000 small goals before considering retirement! Completed607 chMonkey King is In the Pirate Completed661 chOne Piece: I Am Really Not Crocodile Completed1810 chInfinite Fusion System of The Heavens and Worlds